Lesson 102 on People who make a difference 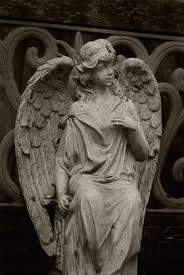 After I retired for the final time, somebody asked me how I felt to have reached this point in life.

“I just feel relieved to have made it through this far!” I replied

But there were a lot of people who had helped along the way, people who had no particular reason to go the extra mile for me, but had done it just the same.

There was the school secretary at my first school who turned up on my doorstep one lunchtime when I was off sick and miserable.

“I’ve just come to make you a cup of tea,” she said cheerily, “Because I know you’ve got nobody here to make one for you!”

There was the Lollipop Lady at the crossing by my daughter’s school, who brought her all the way back up to the school where I was working one morning. The note to inform parents that the Juniors was to be shut that day had been lost on the way home.

A next door neighbour, when I moved to a new area, took me on the bus to her doctor’s surgery and insisted I was seen straightaway, because she could see I was in no state to be able to speak up for myself. She had just come round to introduce herself!

Out of the kindness of their hearts, two children in my teaching practice school, who had a view of the carpark, used to give me advance warning of when my supervisor was coming.

In fact, whenever I was under pressure or having hard times, people would just turn up, like personal guardian angels in all sorts of unexpected guises.

I remember a friend, who had been forced to return to her parents after a violent marriage, telling me what had turned her life around.  She was in her early twenties with two small children and one day when she was making her weary way back home on the bus she overheard two women in front talking about her.

“Poor soul,” one was saying. “Have you seen her? She looks dreadful, trailing around with those bairns. Of course, her life’s over now. She’ll never be able to work with those two to bring up on her own!”

She was so furious that she went straight to the chemist and bought some hair dye.  That very night she went blonde.  Then she looked for a job and a childminder.  She never set foot outside the door again, without first checking that she didn’t look like a “poor soul”!